You might remember that Esther was a Jewish young woman who was forcefully taken into the harem of King Ahasuerus. Here’s a cut from her story in the Bible from a book after her name.

And in every province where the king’s command and decree arrived, there was great mourning among the Jews, with fasting, weeping, and wailing; and many lay in sackcloth and ashes. . . . Then Esther called Hathach, one of the king’s eunuchs whom he had appointed to attend her, and she gave him a command concerning Mordecai, to learn what and why this was. So Hathach went out to Mordecai in the city square that was in front of the king’s gate. And Mordecai told him all that had happened to him, and the sum of money that Haman had promised to pay into the king’s treasuries to destroy the Jews. . . . So Hathach returned and told Esther the words of Mordecai. . . .

And Mordecai told them to answer Esther: “Do not think in your heart that you will escape in the king’s palace any more than all the other Jews. For if you remain completely silent at this time, relief and deliverance will arise for the Jews from another place, but you and your father’s house will perish. Yet who knows whether you have come to the kingdom for such a time as this?”

Then Esther told them to reply to Mordecai: “Go, gather all the Jews who are present in [c]Shushan, and fast for me; neither eat nor drink for three days, night or day. My maids and I will fast likewise. And so I will go to the king, which is against the law; and if I perish, I perish!”

There was a plot by a man named Haman to exterminate the Jewish people. Esther’s relative, Mordecai, encouraged her to talk to the king about it. She knew doing so would be at the risk of her own life. That was when Mordecai delivered his famous message to Esther that we read above.  And Esther courageously responded, “Then I will go to the king, though it is against the law, and if I perish, I perish.” With that context, I’m challenging us to respond to the Lord with an attitude like Esther for such a time as this.

The Call to Sacrifice

Esther 4:14 and 16 is not a call for empowerment to use your platform and leverage your influence. It is a call to surrender and sacrifice.

Mordecai was, in essence, telling Esther that deliverance for the Jews will come however it will come (because Mordecai believed in the promise), you will die either way whether as queen or not, and who knows you’ve been made queen because God saw this plot coming so take your chance and sacrifice yourself in behalf of all the Jews. Well, that’s how I paraphrase these verses.

Here’s a woman in the direst of circumstances, confronted literally with the likelihood of death, and you see Esther being remarkably in control of her emotions. She first investigates what caused the great mourning, evaluates her own facts – in this case not being summoned to the king for a month, considers what her uncle said, calls for her community to stand with her in prayer and fasting, and goes to the king, sacrificing her life for the salvation of many.

There’s no hurry on Esther’s part. No hysterical outbursts. She’s an incredible picture of self-control because she knows that the kingdom of God is in control. I’ll say it again so you don’t forget – God is in control.

Author Nancy DeMoss Wolgemuth once said, “Don’t judge the outcome of the battle by the way things look now.”

The Rider on a white horse

You see, in the here and now, as we saw with Mordecai and Haman, the wicked often flourish and the godly often suffer but don’t despair when you see that happening. Continue Reading… 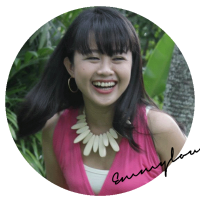 I don’t mean to say I am perfect. I haven’t learned all I should yet, but I keep working toward that day when I will finally be all that Christ saved me for and wants me to be. ...I am still not all I should be, but I am bringing all my energies to bear on this one thing: Forgetting the past and looking forward to what lies ahead, I strain to reach the end of the race and receive the prize for which God is calling us up to heaven because of what Christ Jesus did for us. (Philippians 3:12-14) My life is worth nothing to me unless I use it for finishing the work assigned me by the Lord Jesus--the work of telling others the Good News about the wonderful grace of God. (Acts 20:24)