Timothy was from Lystra in South Galatia and was the son of a Jewish mother and a Greek father. Timothy, along with his mother and grandmother, may have been led to Christ during Paul’s first visit to Lystra.

Timothy joined Paul as a coworker when Paul passed through his hometown early on his second missionary journey. Paul trusted Timothy immensely, and sent him on a number of important missions to strengthen and encourage churches as well as to deal with doctrinal and theological problems.

Although he was young, Timothy proved himself to be a godly and effective leader. In Philippians 2:19-24, Paul describes Timothy as an example of a Christ-centered life. Paul also referred to Timothy by the lofty title “God’s worker”, emphasizing his credentials (1 Thessalonians 3:2). 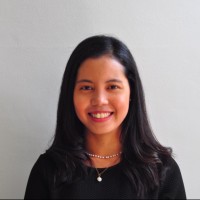 I am created to have a great purpose. I was blind but now I see. I am radically changed by the God who radically gave His life away. My life is now HIS life. Ephesians 2:10 TPT “We have become his poetry, a re-created people that will fulfill the destiny he has given each of us, for we are joined to Jesus, the Anointed One. Even before we were born, God planned in advance our destiny and the good works we would do to fulfill it.” ♡♡♡

« What Do We Mean Training In Righteousness?
Why Pray? »